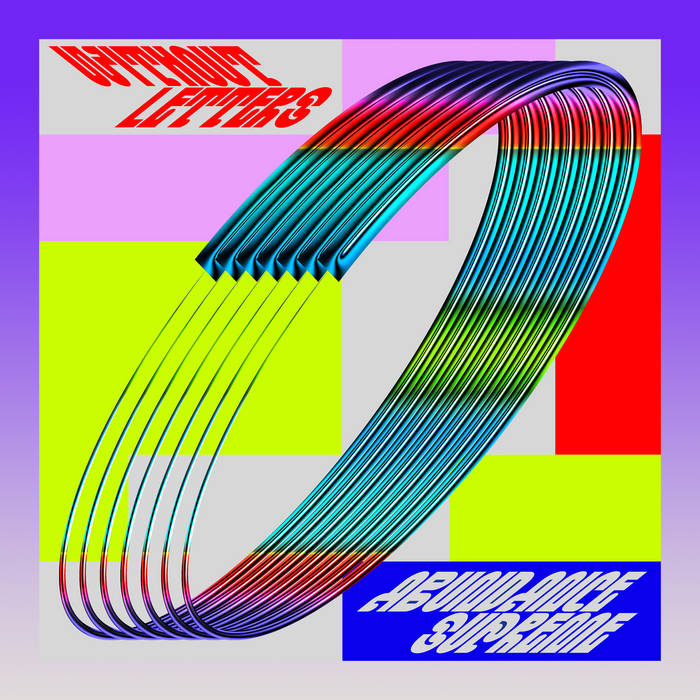 Over the years of brave experimentation WITHOUT LETTERS have delved into a variety musical genres from noise-rock, krautrock to footwork, trance and hard techno. By filtering out what is the most sincere and engaging in their creative process, they have since rediscovered archives of early clubbing music, its social values and sound aesthetics. That provided fissures for getting around the notion of guitar as once rebellious, now obsolete instrument, its raw immediacy more potent now than ever.

Without Letters debut album ABUNDANCE SUPREME comes from Lithuanian club culture, its changes, desired or actually happening and from the parties we’ve been to in the past couple of years. It’s a manifestation of what happens despite the anxieties stemming from the ubiquitous state of abundance. Maybe ABUNDANCE SUPREME is residue from the sexual revolution that never happened in Lithuania, us being its specimen in need for transition. The album is some palpable energy, a proposition yet to be voiced, not in theory, but through our bodies. Pulsing rhythms and piercing hoovers and stabs as suggestive ways of opening up, of being together in a shared space. Suspended between all this being a pretentious farce or potentially a quite pleasant, even pleasurable.

Trance inducing rhythmical structures and the sharp guitar outbursts invoke krautrock inspired blissful harmonies without offering an escape. Dark, frantic pace underlies WITHOUT LETTERS set, with clear intent to cut through the hierarchy of performer and the listener, to melt all that into a playful, potentially ecstatic co-participation.

Written and arranged by Artūras Barkus, Adomas Narkevičius, Karolis Valiauga.
Lyrics and vocals on A4 by Adomas Koreniukas. Lyrics and vocals on B1 by Dominyka Kriščiūnaitė, Giedrė Nalivaikaitė, Elena Neniškytė. Additional guitars on A3 by Gintautas Rožė. Recorded by Karolis Valiauga at Lifosa, Kėdainiai.
Produced by Miša Skalskis. Mastered by Amir Shoat.
Artwork and design by Domantė Nalivaikaitė.
Published by Partyzanai Pop Records, Cologne / Vilnius. www.partyzanai.com
℗ 2019 Without Letters.
© 2019 Without Letters under exclusive license to Partyzanai Pop Records.

Bandcamp Daily  your guide to the world of Bandcamp